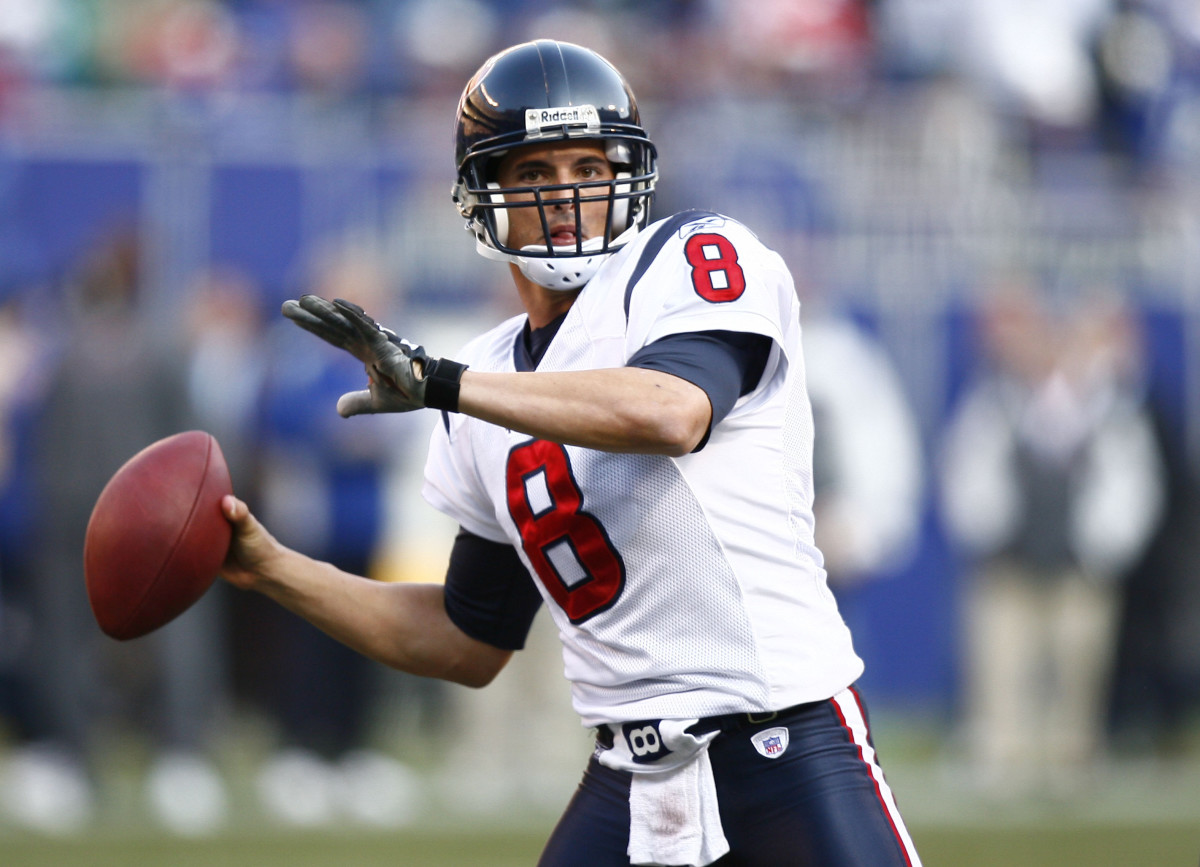 Former NFL quarterback David Carr didn’t quite carve out a Hall-of-Fame career for himself, but was a legend in his own right as the first QB to suit up for the Houston Texans when the expansion franchise played its first season in 2002.

In a way, Carr helped pave the way for Houston’s success before the eventual arrival of Texans legends Matt Schaub, Arian Foster, and Andre Johnson, as the trio helped the franchise win its first playoff game in 2011. One winning season in the first nine years of existence certainly qualified as growing pains.

But before Carr helped lay the ground work for what was to come, he was inspiring change during his four-year collegiate career at Fresno State – and it may not be in the way you’d think.

In a recent appearance on the Harvester Sports podcast, Carr detailed how his arrival as a freshman ignited the coaching career of former Alabama assistant and current Ole Miss head coach, Lane Kiffin, when the two shared the same dorm and QB room in college.

“He does not agree with me on the facts of this story, but these are 100 percent true,” Carr said. “I was in and I was like the fifth-string quarterback when I showed up as a freshman and you start getting reps cause you’re the young guy. So they give the young guys some reps to kind of bump them up, so I kinda start moving up, I was like the third … and Lane was third.”

Kiffin and Carr had already established a solid relationship at this point. But the nonchalant demeanor that college football fans have grown to know Kiffin by seemed to mark the end of his playing career one day at practice.

“So he gets a little upset. We’re roommates, we’re cool, I love Lane,” Carr said. “We go out, we’re supposed to be at practice in full pads. I’m in full pads, Lane is in shorts and a t-shirt carrying his helmet. Everybody else on the entire team has full pads on. He has shorts and a t-shirt on. We get out to the field, and Lane’s ready. He knows what he’s doing. And (offensive coordinator) Jeff (Tedford) looks straight past me and looks at Lane, ‘Lane, what are you doing?’ with some expletives in there. And Lane’s like, ‘You know what? I just figured I don’t need to dress out fully if you’re gonna give all my reps to Dave.'”

The Fresno State offensive coordinator at the time, Jeff Tedford, who later served as the program’s head coach from 2017-2019, didn’t take kindly to Kiffin’s lack of professionalism.

“So they start screaming at each other,” Carr said. “(Tedford) kicks (Kiffin) off the field. Lane’s like ‘Fine, I quit!’ So he quits, goes into the locker room, and he comes jogging back out with a polo on. I’m like ‘What happened inside?’ and (Tedford) goes ‘Oh, we called his dad, we called Monte (Kiffin?).’ And Monty said ‘You’re not f****** quitting. Get back out there. I don’t care in what capacity.’ So Lane’s like ‘Fine. I’ll coach with you.’ So they made him assistant wide receivers coach that day and that’s when the coaching career began.”

Kiffin’s father, Monte, was defensive coordinator for the Tampa Bay Buccaneers at the time. Maybe his son’s coaching career was meant to be, even if it came as the result of a hilarious circumstance during one random day at practice.

Lane Kiffin would go on to coach the Oakland Raiders for two seasons in 2007 and 2008 before staying in the college ranks for good. After one season at Tennessee in 2009, he had stints as head coach at USC, offensive coordinator under Nick Saban at Alabama, and spent three seasons at Florida Atlantic from 2017-2019.

He now heads into year three at Ole Miss after a 10-3 season and a loss in the Sugar Bowl in January.